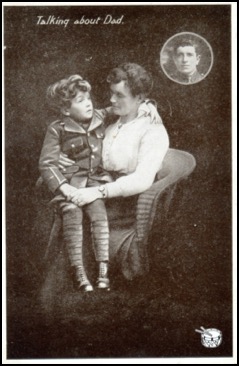 We know about the men’s agony of trench war from poets such as Wilfred Owen, Seigfried Sassoon, Rupert Brooke and others but know little of the agony and anguish of the women who were left to ‘endure’, to survive, dream and wonder of how their lives and the lives of their children would be affected.

The poetry available to you in this short section tells of of the Brides that never were, their hearts breaking for the men they loved and lost.

Charlotte Mary Mew was born in London on November 15th 1869. AS a poet she was well regarded by Both Ezra Pound and Siegfried Sassoon. She was haunted by unrequited passion and tormented with fear of madness. She lived her life mainly in states of poverty and despair, she was recognised by Vita Sackville West and Virginia Woolf and Marianne Moore (25 years after her death) as a great poet. She took her own life on March 24th 1928

Let us remember Spring will come again
To the scorched, blackened woods, where the wounded trees
Wait with their old wise patience for the heavenly rain,
Sure of the sky: sure of the sea to send its healing breeze,
Sure of the sun, and even as to these
Surely the Spring, when God shall please,
Will come again like a divine surprise
To those who sit today with their great Dead, hands in their hands
Eyes in their eyes
At one with Love, at one with Grief: blind to the scattered things
And changing skies.

The Wind on the Downs’, was written by Marian Allen in May 1917. Allen wrote the poem a few days after she heard the tragic news that her fiancé, Arthur Tylston Greg, had been killed in an air battle over France. He was 22 years old.

I like to think of you as brown and tall,
As strong and living as you used to be,
In khaki tunic, Sam Brown belt and all,
And standing there and laughing down at me.
Because they tell me, dear, that you are dead,
Because I can no longer see your face,
You have not died, it is not true, instead
You seek adventure some other place.
That you are round about me, I believe;
I hear you laughing as you used to do,
Yet loving all the things I think of you;
And knowing you are happy, should I grieve?
You follow and are watchful where I go;
How should you leave me, having loved me so?

We walked along the towpath, you and I,
Beside the sluggish-moving, still canal;
It seemed impossible that you should die;
I think of you the same and always shall.
We thought of many things and spoke of few,
And life lay all uncertainly before,
And now I walk alone and think of you,
And wonder what new kingdoms you explore.
Over the railway line, across the grass,
While up above the golden wings are spread,
Flying, ever flying overhead,
Here still I see your khaki figure pass,
And when I leave meadow, almost wait,
That you should open first the wooden gate.

Marjorie was the sister of Captain T_P_Cameron_Wilson the war poet: 1889-1918. Their Father was the Reverend T Cameron Wilson of Little Eaton in Derbyshire. Marjorie’s War Work included nursing service with the Voluntary Aid Detachment and with the War Relief Office. Marjorie Wilson wrote under the pen name Town Girl in the Children’s Newspaper, to which she sent many of her poems and sketches. However shortly after she turned 30 she was told that she had a terminal illness and spent the next six months writing verses which she called ‘A Memory’ Then she had a temporary respite and she recovered and stayed in good health.

Gemmed with white daisies was the great green world
Your restless feet have pressed this long day through-
Come now and let me whisper to your dreams
A little song grown from my love for you.

There was a man once loved green fields like you,
He drew his knowledge from the wild bird’s songs;
And he had praise for every beauteous thing,
And he had pity for all piteous  wrongs….

A lover of earth’s forest – of her hills,
And brother to her sunlight – to her rain –
Man, with a boy’s fresh wonder, He was great
With greatness all too simple to explain.

He was a dreamer and a poet, and brave
To face and hold what he alone found true.
He was a comrade of the old – a friend
To every little laughing child like you

And when across the peaceful English land,
Unhurt by war, the light is growing dim,
And you remember by your shadowed bed
All those – the brave – you must remember him.

And know it was for you who bear is name
And such as you that all his joy he gave –
His love of quiet fields, his youth, his life,
To win that heritage of peace you have.

** T.P.C.W. was T P Cameron Wilson, the poets brother, killed in action 1918.
This poem is included in the Anthology: ‘Scars Upon My Heart’ by Catherine Reilly © by owner. provided at no charge for educational purposes.

Very little seems to have been written about Ida Bedford. Writing at the time of the “Great War” 1914-1918 she is most often remembered as the writer of one particular, much anthologised, poem “Munitions Wages” [1917]

Earning high wages?
Yus, Five quid a week.
A woman, too, mind you,
I calls it dim sweet.

Ye’are asking some questions –
But bless yer, here goes:
I spends the whole racket
On good times and clothes.

We’re all here today, mate,
Tomorrow – perhaps dead,
If Fate tumbles on us
And blows up our shed.

I’ve bracelets and jewellery,
Rings envied by friends;
A sergeant to swank with,
And something to lend.

I drive out in taxis,
Do theatres in style.
And this is mi verdict –
It is jolly worth while.

Worth while, for tomorrow
If I’m blown to the sky,
I’ll have repaid mi wages
In death – and pass by.

Mary Gabrielle Collins(Ella) was born on 31 August 1874 in Penderyn (near Aberdare), Wales. She lived in the family homes, Duffryn House and Clearwell Court, and was listed with her mother at 67, Wiltshire Road, Brixton, in 1901

Their hands should minister unto the flame of life,
Their fingers guide
The rosy teat, swelling with milk,
To the eager mouth of the suckling babe
Or smooth with tenderness,
Softly and soothingly,
The heated brow of the ailing child.
Or stray among the curls
Of the boy or girl, thrilling to mother love.
But now,
Their hands, their fingers
Are coarsened in munition factories.
Their thoughts, which should fly
Like bees among the sweetest mind flowers
Gaining nourishment for the thoughts to be,
Are bruised against the law,
‘Kill, kill’.
They must take part in defacing and destroying the natural body
Which, certainly during this dispensation
Is the shrine of the spirit.
O God!
Throughout the ages we have seen,
Again and again
Men by Thee created
Cancelling each other.
And we have marvelled at the seeming annihilation
Of Thy work.
But this goes further,
Taints the fountain head,
Mounts like a poison to the Creator’s very heart.
O God!
Must It anew be sacrificed on earth?